About The Border Collie Breed 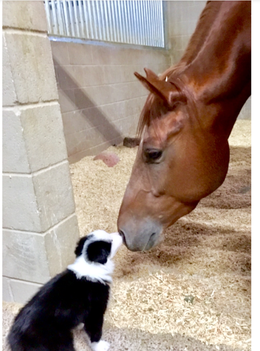 The Border Collie is known as being the smartest dog in the world.  Border Collies were developed by shepherds in England and Scotland to have the ability to move small or large herds of sheep in complete cooperation with their master.  The open hilly countryside made it difficult for the shepherd to maintain and care for his sheep.  Without the sheepdogs it would be quite impossible to control the sheep.  It is said that it takes 5 shepherds to do the work of one Border Collie.  The shepherds would breed from the most efficient dogs.  Those that could move the sheep with the least stress and damage to the flocks but also be able to stand up to the most difficult stock while being able to be trained and obey commands. They bred dogs from the English and Scottish border thus came the name "Border Collie". The most useful asset possessed by many Border Collies is called "the eye".  This is the ability of the Border Collie to control the sheep by staring at them in a fixed and steady manner.  Dogs with the right amount of "eye" can keep their sheep under control thus keeping their sheep calmer and with less injuries. They say the "eye" and the "crouch" came from the England side of the border, the Springer Spaniel.   Notice the way the Spaniel crouches down and stairs when they locate game.

The black rough coated dog with white collar, white chest and white tip tail was known at least 200 years ago.  The working collie was bred in those days for working and hunting.  There was probably some cross breeding with other farm dogs such as Beardies, Drover's dogs, Pointers and Gordon Setters and no telling what.  Dogs ran loose and were not spayed or neutered. You could see many sheepdogs readily trainable as a successful hunting dog.  It is not surprising that there are several different types of present day Border Collies. With such a mixed ancestry in a litter of purebred puppies not one may be alike.  They are not bred for looks but yet for brains they just happen to be beautiful too.

In appearance there is a great deal of variation in the Border Collie.  They can be rough-coated or smooth coated, and many have a silky textured coat half way between the rough and smooth type.  Usually termed "semi-rough" or "medium" coated.  They can have long to shot hair.  Border Collies can come with blue, green, brown, black or topaz eyes.  Unlike other breeds that have blue eyes, the Border Collie is not blind.  Border Collies can come in various colors as well as sizes.  They can range from 18 pounds to as well as 80 pounds depending on the bloodline.  As far as colors go they come in all colors.  Black, red Merrill, blue Merrill, blue, grey, gold, white with spots, sable, red, brown or chocolate, and even lilac, seal, silver etc... .  They were bred with different markings so the sheep herder could tell them apart from a distance. Such as traditional markings, or a half white face, white head or patch over an eye etc....  One thing to know is a true blooded Border Collie always has a white tipped tail. Is that not ironic since the border collie is really a man made mutt. They say shepherds bred the Border Collie to have the white tipped tail to be their lantern to guide them into the night.  It can be as little as a hair or two as long as its there.  Boy they must have been able to see really good in the dark the stars must have been magnificent. 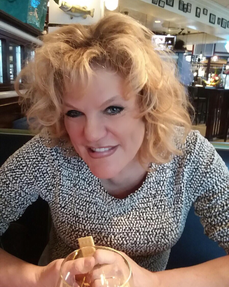